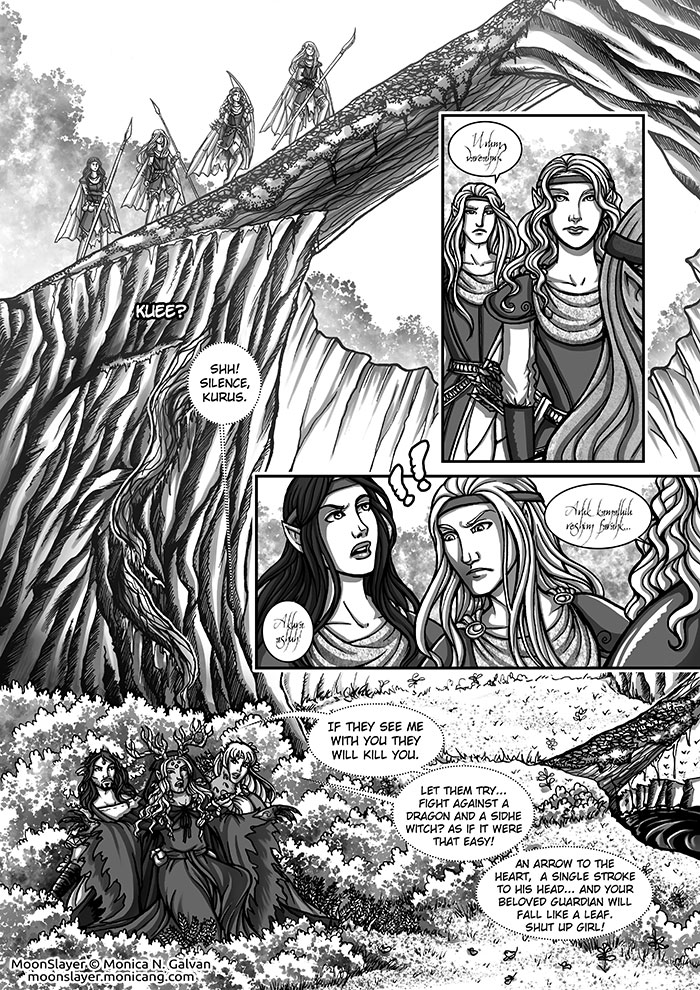 “An arrow to the heart, a single stroke to his head… and your beloved guardian will fall like a leaf.”

We love you, Henna.

>>We moved to a new server. Is the website working fine now?

The comic of this week is LaSalle’s Legacy by Bukittyan. If you like pirate stories this webcomic is for you! 😀

LaSalle’s Legacy is settled in a world of “Thirteen Seas” a fictional world inspired in our own in the days of piracy, so you would find lots of funny references! When I read this comic I found it very similar to my 7th Sea RP campaigns! x3

As a curiosity, Lasalle’s world has an ancient God named Kaeso (yes). A god of Wind. And MoonSlayer Kaeso has a wind-sword! :D~

— Sinopsis: On a world similar to our own, Jonathan LaSalle meets his bastard brother, Jared, who reveals that their father had a very unsavory past. Part of that past is Rijik Van Heissler, a pirate turned zombie who is seeking vengance for past wrongs. Jonathan and Jared must work together and learn how to kill this zombie before he can kill them. But time is running out for both of them…

Somehow, I doubt that Menkar would go down that easily.

0
Reply
MoonSlayer, High Fantasy webcomic.
Updated every Monday.
Cursed from birth by a vengeful moon goddess, Syrma must find the way to challenge her fate by killing the being who sentenced her to death.
Featuring this week…
Available languages :